California Based Fleets Who Retrofitted  Left with Few Options
The onset of 2019 has brought with it a barrage of half-truths, lies and outright falsehoods when it comes to what California based fleets must do to comply with CARB rules for 2019.


While for the more proactive fleets who skipped interim on-road retrofit standards and went straight into 2010 engine technology, there is smooth sailing ahead for meeting the on-road truck and bus rule compliance well past 2023...for now.

Meanwhile, anyone who utilized an aftermarket PM retrofit device to comply with the first round of the rule going all the way back to 2012 is now wondering what fate lies ahead for their investments. Outside of the Cleaire LongMile issue, folks who have functioning PM Traps are left scratching their heads.

Granted, most of these vehicles probably need a refresh of some sort, but the reality for various segments of the industry doesn’t involve new truck, or even newer truck purchases. Margins are thin, drivers are scarce and there is still too much work.

Where the problem really permeates this proud segment of the industry is a timeline that was bestowed upon those who complied with the rule early by retrofitting way back when, in 2012 and through 2014. 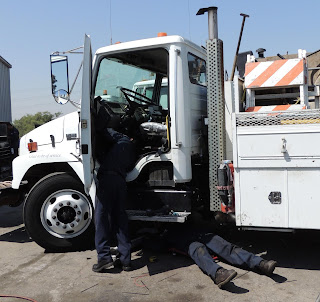 During that fateful year, CARB adopted amendments to the on-road rule and, among other things, gave anyone who installed an aftermarket CARB verified retrofit prior to 2014 some extra time before the 2010 engine standards were required. Up to 3 years for particular model year engines.


Once CARB adopted these amendments, they were almost immediately sued for, among other things, a violation of the Administrative Procedures Act when they issued a regulatory compliance pathway for particular fleet segments prior to formally adopting a regulation.

CARB lost the lawsuit and all the flexibility provided in the amendments that really spanned the entire industry were gone.
Depending on what side of the diesel demilitarized zone you are on, this is either a good thing or a bad thing.
Either way, fleets who retrofitted early thought they had more time for compliance and potential grant opportunities.


At this current juncture, aftermarket retrofitted trucks are subject to the previous version of the regulation adopted in 2010, which basically eliminated the ability of trailblazing retrofit adherents to flex some extra time prior to full 2010 engine compliance.
At the time these fleets retrofitted between 2012-2014,but before the amendments, the on-road standards required turnover to 2010 engines starting in 2020 for 1996-1999 or pre 1995 engines that were allowed to retrofit for compliance.


Once a verified CARB device was installed the engine was in compliance unitl those dates in the schedule shown here:

The 2014 amendments gave fleets who met the standards through retrofitting extra time to 2023, consistent with the 2023 compliance date for 2007-2009 OEM Engines that were built with PM control. The catch was that this was only available if they could prove they were in compliance prior to 2014 via a retrofit installation and reported that information into the TRUCRS database.
So, if you had the extra time, you had the extra time. Right? Wrong.


The 2014 amendments were an easing of the rule, most controversially for fleets with 3 or fewer trucks over 14K GVWR. They got more time on the second or third truck.
While the first truck in this fleet segment was supposed to still meet standards in 2014, a backdoor outlet was created for “financial hardship” for fleets who couldn’t comply.
Suffice it to say, asset-based fleets, among others, who spent the money on newer, compliant trucks felt they were being treated unfairly (to put it lightly) by CARB.

They were being undercut by non-asset-based fleets with all this new “flexibility”, all the while getting little recognition for billions they had spent themselves to meet the same standards originally adopted back in 2010 that CARB just loosened in 2014.


Further lawsuits notwithstanding, CARB will be sending letters to those who are affected by the changes, or rather the change reverting back to the back to the old way, which will give those fleets some time to figure out next steps within the next 11 months.
There is assistance from the state for certain size segments through the PLACE program, but besides that, truck operators are on their own.
Complicating matters is the fact that the 2020 registration ban impacts the first round of vehicles that did the initial retrofit back in 2012.

Although they should had known going into the initial retrofit installation that 2020 was a drop-dead date, most if not all thought they had more time once the amendments were adopted in 2014, unfortunately for them, no longer the case. 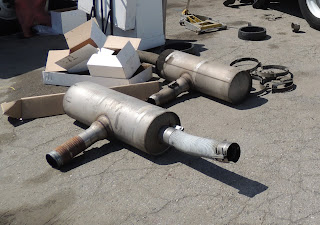 At the end of the day, no good deed goes unpunished. CARB basically broke their own rules, got called out, got it handed back to them and now here we are, back where we started.


No wonder everyone is confused... Stay tuned!
Posted by Matt Schrap at 1:07 PM